Yes, it’s official: I am moving to New York, New York! Wait, I have to type that again because it still doesn’t feel real. I am MOVING TO AMERICA! After being approached by a major talent agency in Los Angeles I hired an attorney to help me pull together the paperwork needed to apply for my visa. Earlier this week, I found out that the visa had been approved, which means I now have the right to live and work in America. Bonkers! My heartmate and I have already booked our tickets and the move is set for November. Read on after the jump for more snaps of beautiful NYC and to read about the move as I plan to take you all on the ride with me! Gosh, where do I start? How about with a bunch of some of my favourite Instagrams I’ve taken in the city! My love for New York City probably started when I was a child and would see sweeping cinematic shots of Manhattan at the cinema, or decidedly less cinematic but equally as charming views of the city in shows like Will & Grace and Sex and The City. It was a place and indeed a city that felt so far from the life I knew from growing up in the rural English countryside. The energy. The pace. The grit and determination. I could feel it from home and I had such a strong sense that should I have ever had the chance to visit, I would love it. It wasn’t until my third and final year at university when I visited New York City for the first time. I travelled with two of my friends from university and surprised my then boyfriend (and now husband!) with tickets to join us as a gift for his 21st birthday. We visited in March 2008 and from the moment I stepped off the train at Penn Station I was transfixed. On that first trip I managed to tick off many of the tourist spots: a boat tour around Manhattan; a trip to the top of the Empire State Building; rowing in Central Park and so on. After that typical First Time In NYC trip, I have been fortunate enough to return many times. For several years after graduating we would both save furiously to try and build up enough in savings to afford a trip to the city once every year or two. It wasn’t until Bright.Bazaar started to really grow, gaining substantial readership in America that I even considered working – let alone living! – in New York City. I remember that we made the split decision a mere five days or so before the launch of Rue magazine to go and attend their launch party in Manhattan. We stayed at the grottiest hotel in the Lower East Side and did everything on a tiny budget, but loved every second. I think it was then that we both properly felt a connection to the city. A number of years later, I had signed my first Bright.Bazaar book deal and found myself with an American publisher (St. Martin’s Press/Macmillan). I will never forget my excitement upon discovering that they were based in the Flatiron building in Midtown – it’s one of my favourite buildings in the city! Sitting in meetings around a huge boardroom table on the tenth floor right at the front of the building were huge ‘pinch me’ moments. 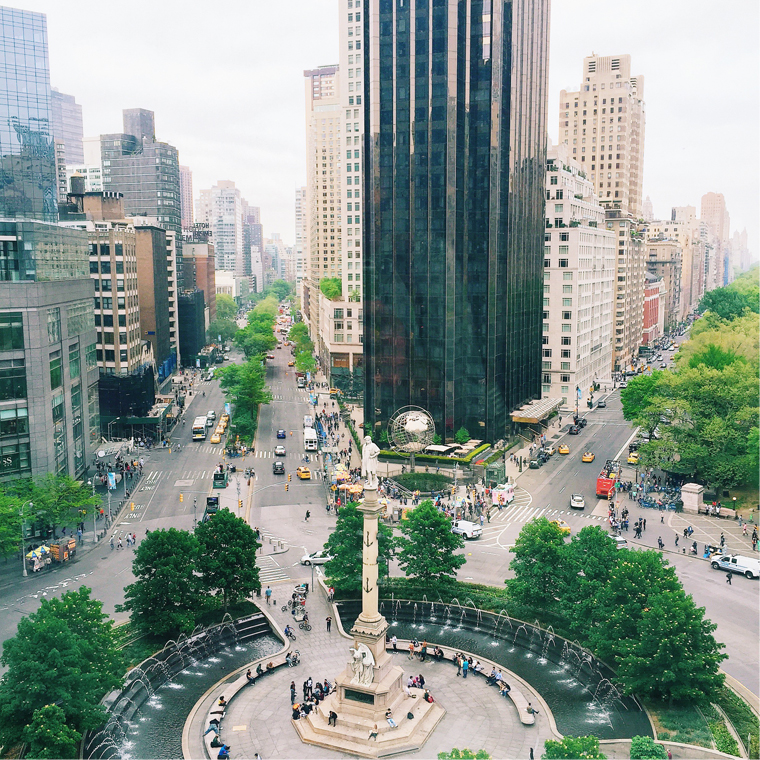 And now we find ourselves moving to the city that we’ve come to love over our nine and a half years together. We’re both beyond excited but also nervous at starting from scratch, and we’re going to miss our friends and family dearly. Luckily we already have a lovely bunch of friends in the city, but we still need to learn the ropes when it comes to Manhattan real estate (yikes!), healthcare and so on. Of course, living in any major city has it’s challenges, too. I know from our pals that NYC is not always an easy place to live, but having lived in London I’m hopeful that we will be in someway prepared. Either way, I’m excited to have such an incredible opportunity to live and work in a city and country that have played such a huge role in my career and life since I graduated. I can’t wait to take you all along on the journey with me, from apartment hunting (and decorating!) to all of the #MakeYouSmileStyle adventures from the World’s Greatest City! Have you ever been to, or lived in New York City? Or perhaps you moved to NYC yourself? I’d love to hear of any tips you have! 10 Things I Learned & Loved This Weekend